7 Phases of a Trojan Horse Attack 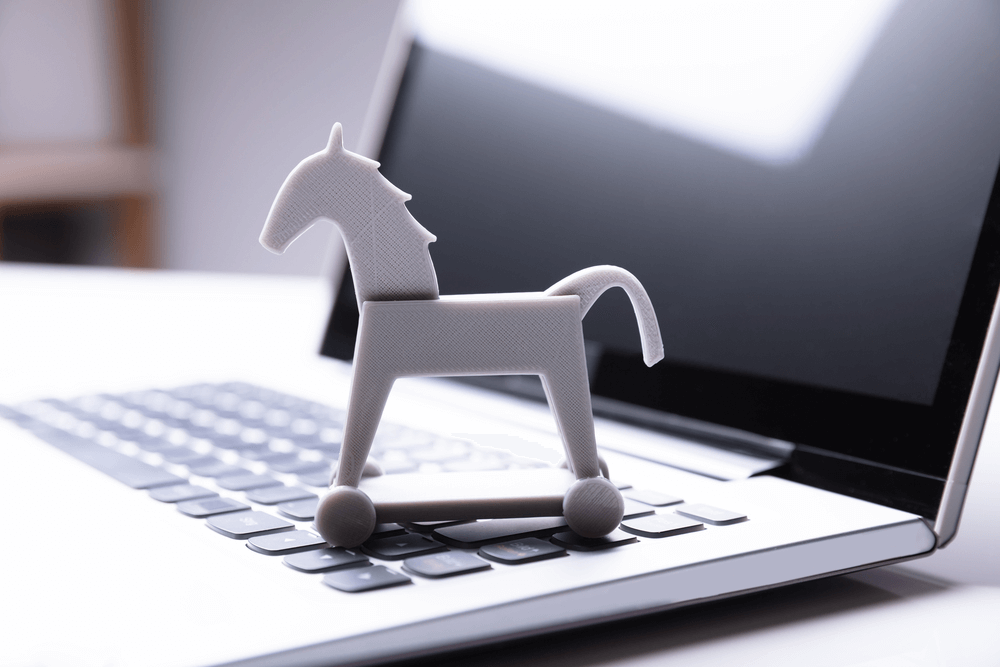 Malware attacks continue to increase in frequency and severity. With more employees choosing to work from home, there is an increase in cybersecurity risk. Valuable corporate secrets have left the safe confines of company servers and are now frequently on employees’ personal devices. Cybercriminals see this as a golden opportunity, which is why there are more Trojan Horse attacks than ever before. Cybersecurity services can give your company an extra layer of defense against these malicious attackers.

Trojan horse malware is a broad category. It refers to any kind of malicious software that disguises itself as something benign. The better the disguise, the more likely you will invite the malware into your computer and activate it. Cybercriminals disguise their malware by using misleading file names, popular, trusted file extensions, or simply through false promises.

One of the best ways to keep your company secure is to understand how malware is designed. If you know cybercriminals’ tricks, you can spot malicious files and protect your data. Cybersecurity services include security awareness training so that employees at all levels can identify threats and neutralize them. In fact, most malware attacks happen because of an employee’s mistake. Consider how malware gets into your organization in the first place.

The infiltration phase begins when malware first arrives on one of your machines. However, like the Trojan Horse of old, these programs don’t roll themselves into your castle. They are, ironically, invited inside. In corporate settings, this typically happens when an employee has a problem and looks online for a software solution. For example, there is a password-protected PDF, and a worker looks for a program to open the file. Google yields a result for a PDF-cracking program.

What the employee doesn’t know, though, is that this program is actually malware. If it’s particularly good malware, it’ll actually unlock that protected PDF. Meanwhile, it’s already moved on to executing its malicious code, unbeknownst to the user. Infiltration also frequently happens through malicious email attachments. Since most of us open an attachment immediately after downloading it, we jump right from infiltration to execution.

The execution phase is when the malware runs its malicious code. Some Trojan Horse attacks won’t show any visible signs of execution. For example, spyware tends to stay quietly in the background and merely collects data to facilitate a future hack. Spyware can even collect keystroke data, revealing your passwords and login credentials. The data is sent back to a server controlled by cybercriminals. They can then plan their next move.

Other malware programs execute in a very blatant way. For example, the CryptoLocker malware blocks the entire computer screen with a notification that malware is in the system. While you read that notification, all of the files on your computer are being encrypted. This method of execution is highly intentional. It’s meant to generate panic and encourage the user to wire money to the criminal.

Not all malware includes an infestation phase, though the most dangerous programs always do. Infestation occurs when the malware spreads to other devices on the same network. The more connected your computers, the easier this becomes. For instance, CryptoLocker software would also attempt to lock files on network drives, which is how many offices share their files internally.

Infestation may not require other users to open the program to activate it. The code can include instructions that look for ways to affect other computers. For example, some malware programs scan the local network to look for other PCs. Next, the program will attempt to access those computers through a remote desktop, as many computers often leave a guest account activated. From there, the malware can install itself again and again. This is the worst-case scenario.

The discovery phase is the beginning of the end. When someone notices malware on the system and informs their cybersecurity services, the discovery process begins. The earlier that discovery happens, the less damage there will be. If, for example, an employee doubts a file they just downloaded and decides to delete it instead of opening it, they closed the cycle quickly without causing any damage. However, discovery after severe infestation will require a massive recovery phase.

Having a set of eyes watching over your data at all times is essential. Managed cybersecurity can provide your company with that level of protection. Teaching your employees how to identify malware is paramount. You also need to have protocols in place so that people know what to do if they accidentally infect a machine. The last thing you want is for an employee not to report a malware attack because they are worried about possible punishment.

Once the malware has been identified, cybersecurity experts need to remove it and ensure it doesn’t return. Many malware programs create multiple copies of themselves in hidden folders to avoid complete removal. If there has been an infestation, then network infrastructure must be shut off completely to prevent malware from spreading further. All infected computers need to be inspected and cured.

For large organizations, this phase can lead to significant downtime. The majority of the cost of a cyberattack is related to removing the malware.

The goal for every IT expert is complete recovery, which means that no data is lost and the malware is completely removed. In addition, companies should take action to implement an Incident Response plan to prevent another attack from occurring. Nevertheless, severe attacks can complicate a complete recovery. However, it’s possible to improve your odds with managed IT services. If your organization has regular backups stored in safer locations, you can wipe the infected computers and reload from backups to get operations running again.

Managed cybersecurity keeps your company safe. At Edafio, we know the risks that are out there, and we can help companies stay protected against them Contact Edafio and ask for a free consultation, or just pick up the phone to speak to a real human who can help you. 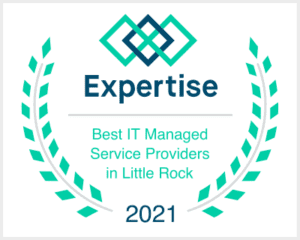 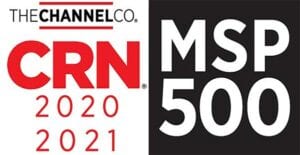